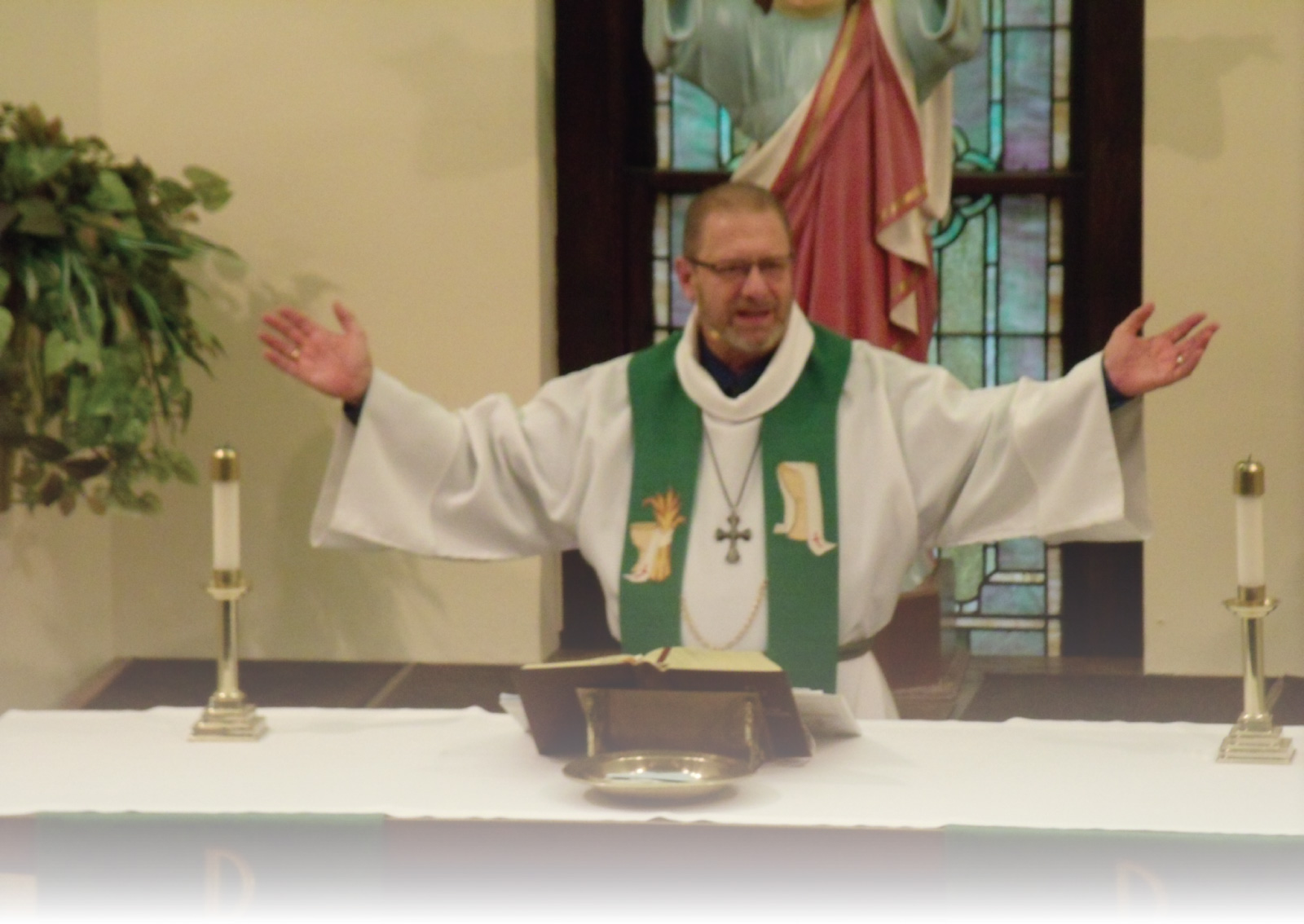 Pastor Ed Mease is a native of Nowata, Oklahoma – where he lived until leaving home for St. John’s College in Winfield, Kansas. After earning his Associate of Arts degree in 1978, he transferred to Concordia College in St. Paul, Minnesota – earning a Bachelor of Arts in Religion (with a minor in Psychology), graduating with honors in 1980. He graduated from Concordia Theological Seminary in Ft. Wayne, Indiana, in 1984, with a Master of Divinity degree, with a concentration in Biblical Studies.

At St. John’s, he met Rebecca Gast – and they were married in 1979 in Becca’s father’s church in Colorado Springs, Colorado. Their vicarage year of study was at Trinity Lutheran Church in Santa Ana, California. After graduation from seminary, their first assignment was to Peace Lutheran Church in West Bend, Iowa. Son, Daniel, was born just before they left Ft. Wayne; and daughter, Leah, was born while they served in West Bend.

Their second call in ministry was to St. Paul’s Lutheran Church in Coffeyville, Kansas (which, interestingly, was Pastor Ed’s mother’s home parish as a child and again in young adulthood). Serving there from 1989 until 1994, they accepted the call to St. Paul – where he has been Senior Pastor since August of 1994.

As pastor and partner (Becca herself is a 1979 Parish Worker graduate of St. John’s), they participated in PLI — the Pastoral Leadership Institute – as a part of the class of 2003. In 2007, a mission trip to Vietnam (for Pastor Ed) was a part of that experience. They have completed PLI’s D2MC – Discipleship to Missional Communities – program (together with then Congregational President, Janice Denney, and her husband, Joey). Becca is employed with the Veteran’s Administration.

Both children are away from home: Daniel, with his wife, Meghan, lives in Brooklyn, New York – with their son, Fredric; Leah, and her husband, Rick, live in a suburb of Wichita, Kansas – with twin grandsons, Henry and Rhett. They are also providing a foster home to teenage son, Jordan, who is a freshman at Highland Community College. Becca enjoys gardening and a good book; Pastor Ed would prefer to be on a trout stream or watching reruns of “The Andy Griffith Show.”

They make their home in northwest Leavenworth, not far from the back gate of Ft. Leavenworth or the United States Penitentiary.